Skip to page navigation | Skip to content | Skip to footer

On 6 June 2021 the second community workshop was held in Resia, organised within the project SMART - Small Alliance Representing Territories and led by Carlo Presotto and Paola Rossi of the project partner La Piccionaia, with the collaboration of LIS interpreter Sara Facchinutti.

The aim of the meeting was to define some terms and concepts of storytelling of community of Val Resia in the Italian Sign Language (LIS).

But why a workshop on sign language?
The term "Val Resia" does not exist in LIS, because until now there has been no need. There are no deaf residents or visitors to the valley who have had the need to communicate "Val Resia" in LIS, so in the sporadic cases when this is necessary typing (the manual filling in of the letters that make up the name) is used, which is slower but safer.
However, this method can be difficult in a continuous translation. Hence, the idea of organising a dedicated workshop with a group of deaf "signers" who are experts in LIS, an opportunity also to deepen with them the contents of the Silent Play itinerary in preparation.

The works dramatists and experts of the project Carlo Presotto and Paola Rossi from La Piccionaia partner of the SMART project, accompanied by LIS interpreter Sara Facchinutti, led the workshop. This meeting was attended by:

With them were five deaf people, including an LIS teacher. After the greetings of the mayor, Catia Quaglia presented, in dialogue with Carlo Presotto, a series of images with the main themes of community narrative, which were simultaneously translated into LIS and on which questions were asked by the participants.At the end of the survey, a discussion took place on which terms were important to identify for an LIS translation.
The first one, "Val Resia", was identified in two signs: "Valle" and "Aglio", pronouncing "Resia" in the lip while marking garlic. The choice was made on the basis of a characteristic recognized by Resians and non-Resians as the most univocal possible of the valley identity. For a number of other terms, such as "Stavoli", or "Klubuk" or "lipe bile maškire", the choice was to keep the dactylology, since, in any case, they are terms that require a subsequent explanation/translation to be understood. A particular attention was given to the Resian dance, presented by the four residents present in a very simple form in the hall. The deaf people were very impressed by the vibrations produced by the dancers' feet tapping. The Resian folk dance is based on music in which the players tap their feet to give the dancers the tempo, alternating one or the other leg according to the musical phrase. Thus was born the idea of realizing, in the future, an inclusive Resian dance course also for deaf people, in which those who are not deaf can participate. Can follow the rhythm based on perceived vibrations. In addition to this extremely interesting hypothesis, the meeting was also very useful for re-reading all the themes developed so far from an inclusive perspective, to focus and clarify them, confirming that the design-for-all approach makes it possible to give greater three-dimensionality to any content, but in particular to the narratives of territories from the perspective of sustainable development. 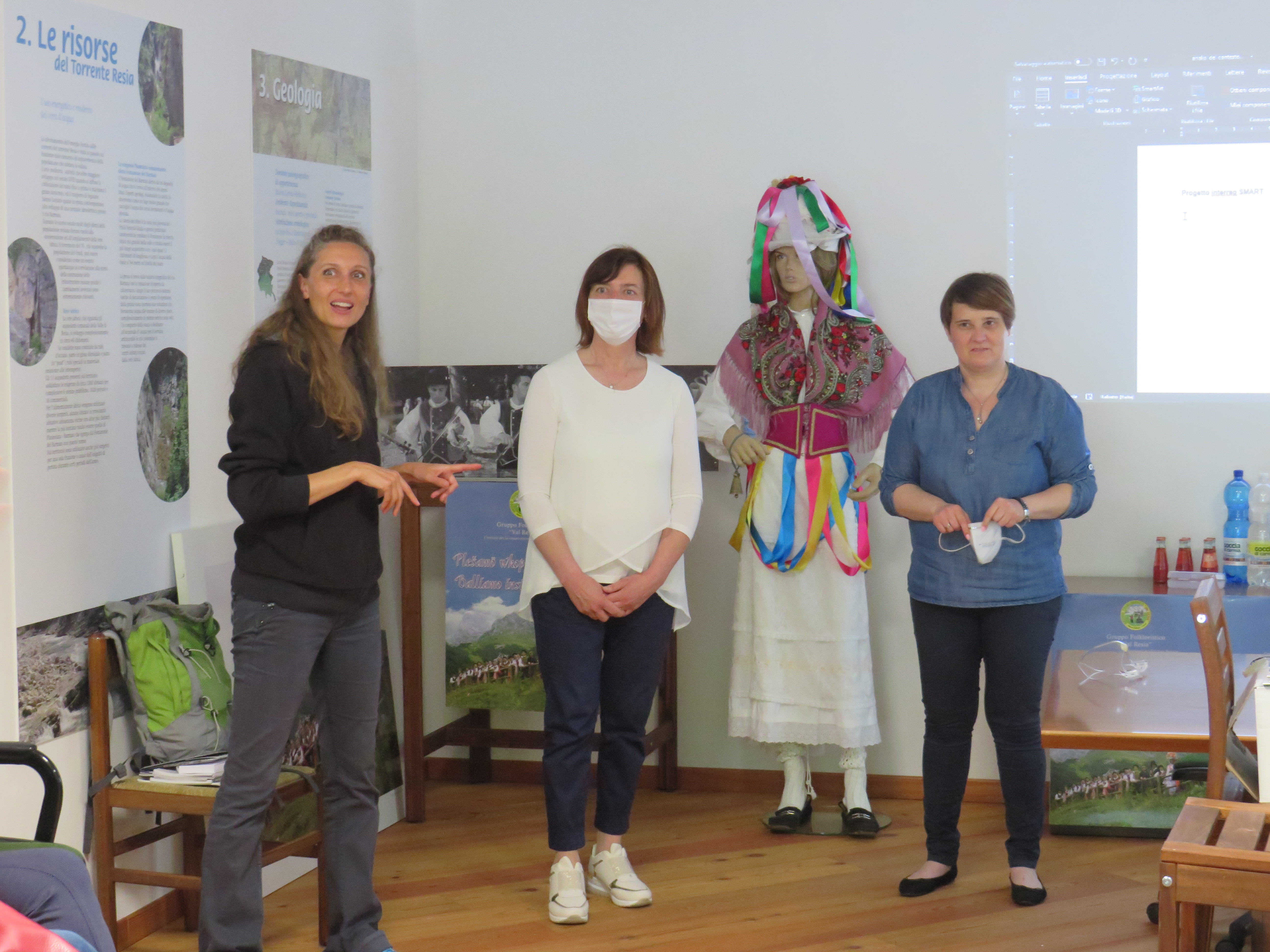 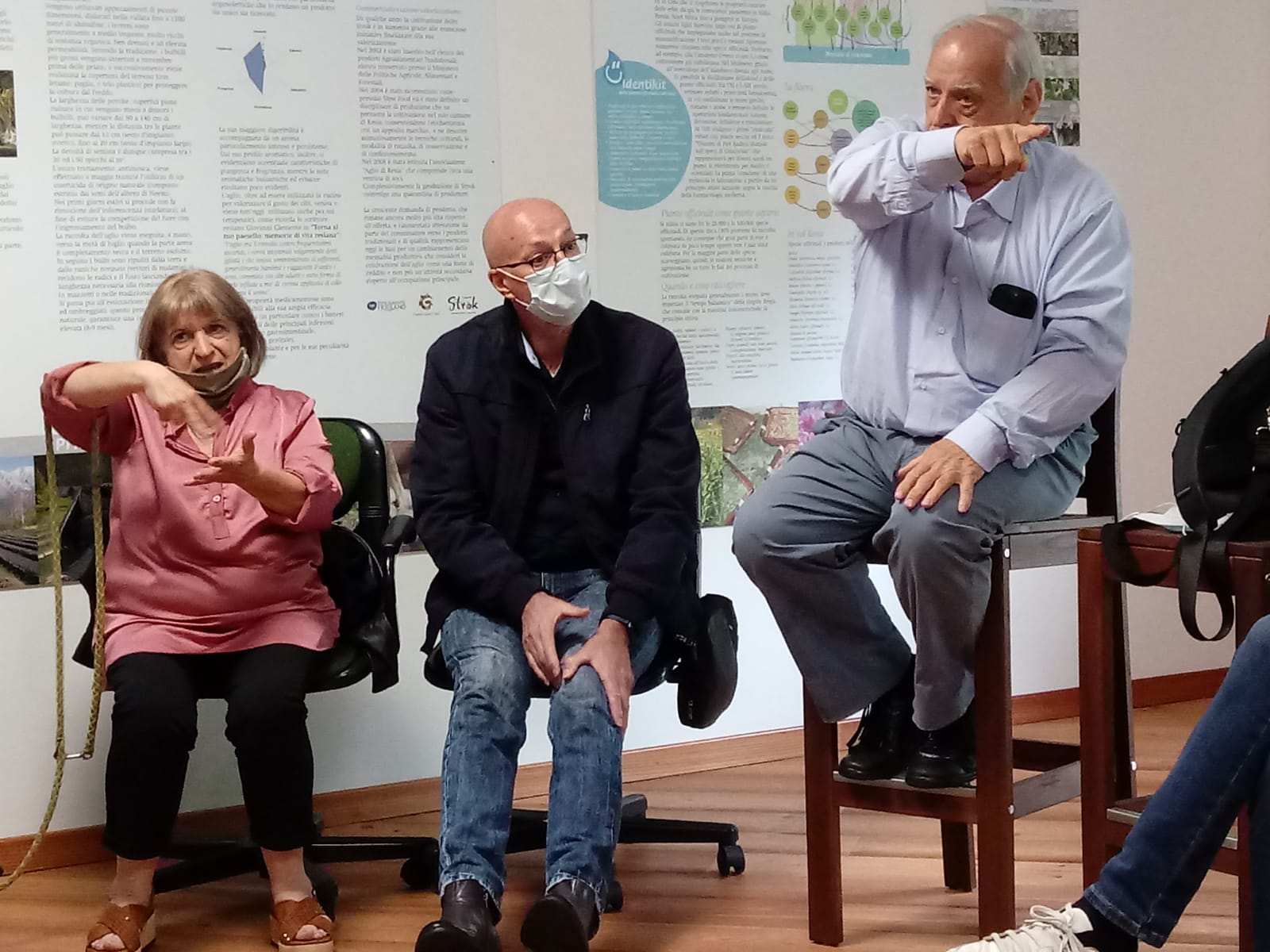 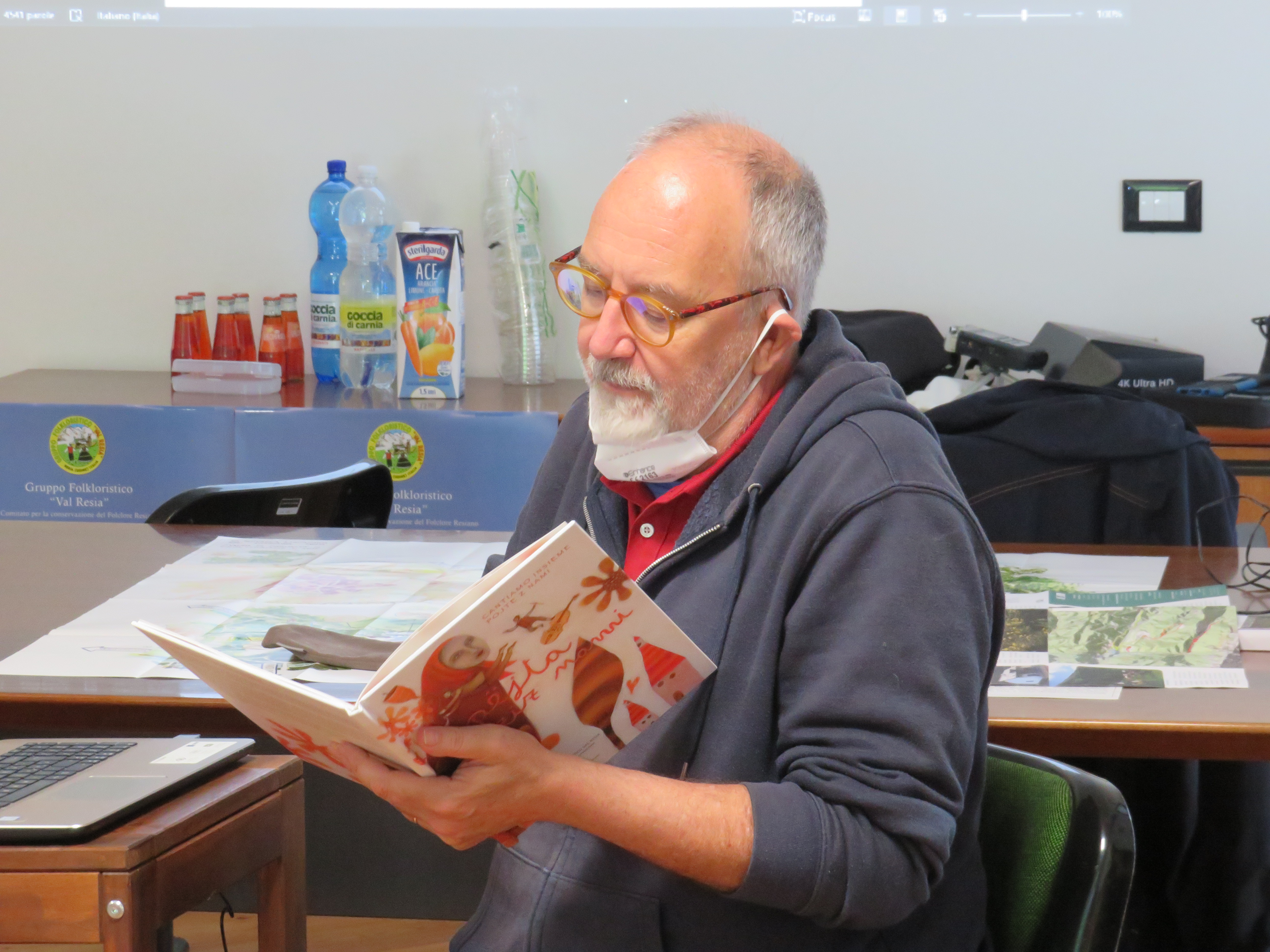 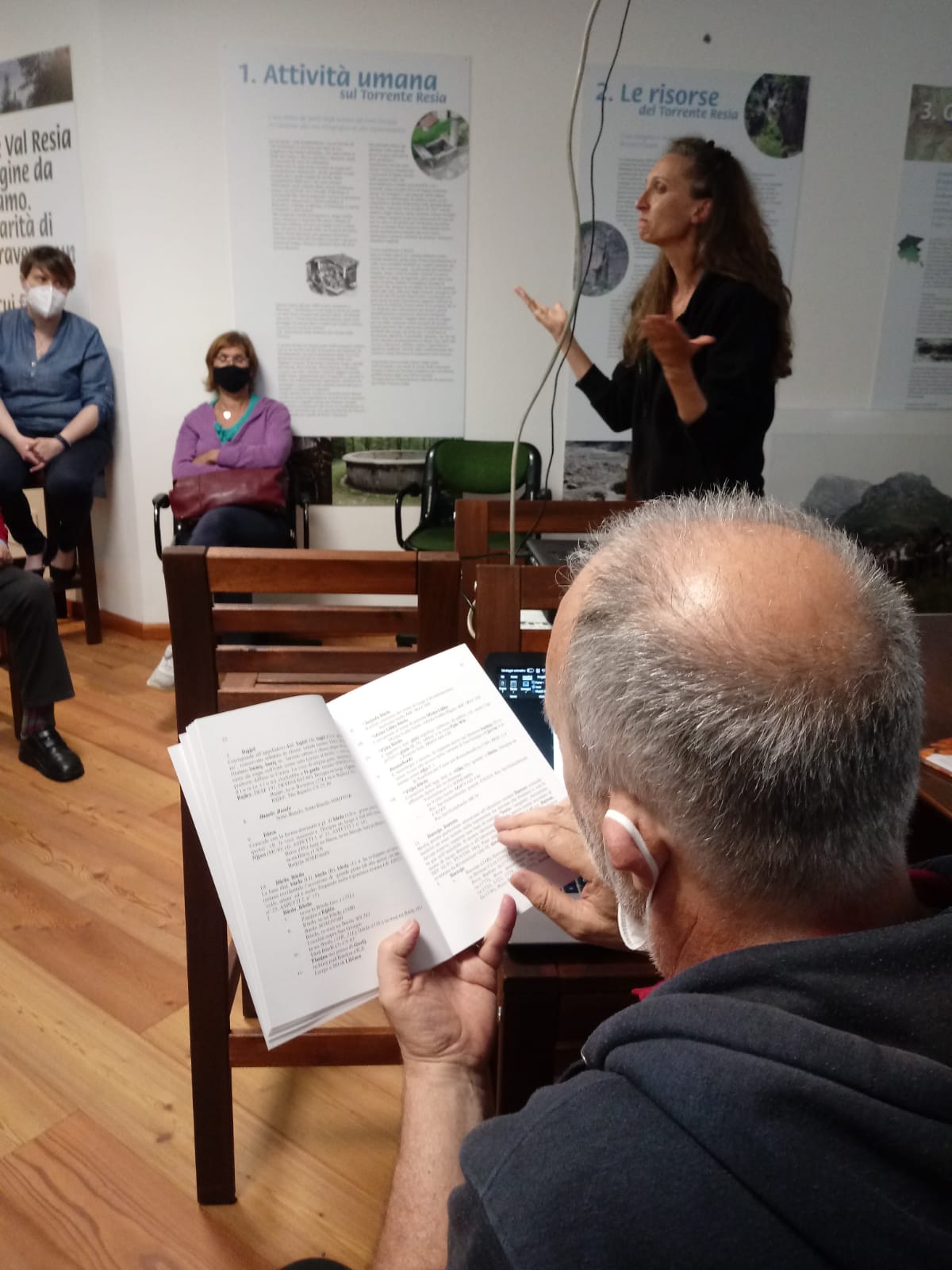 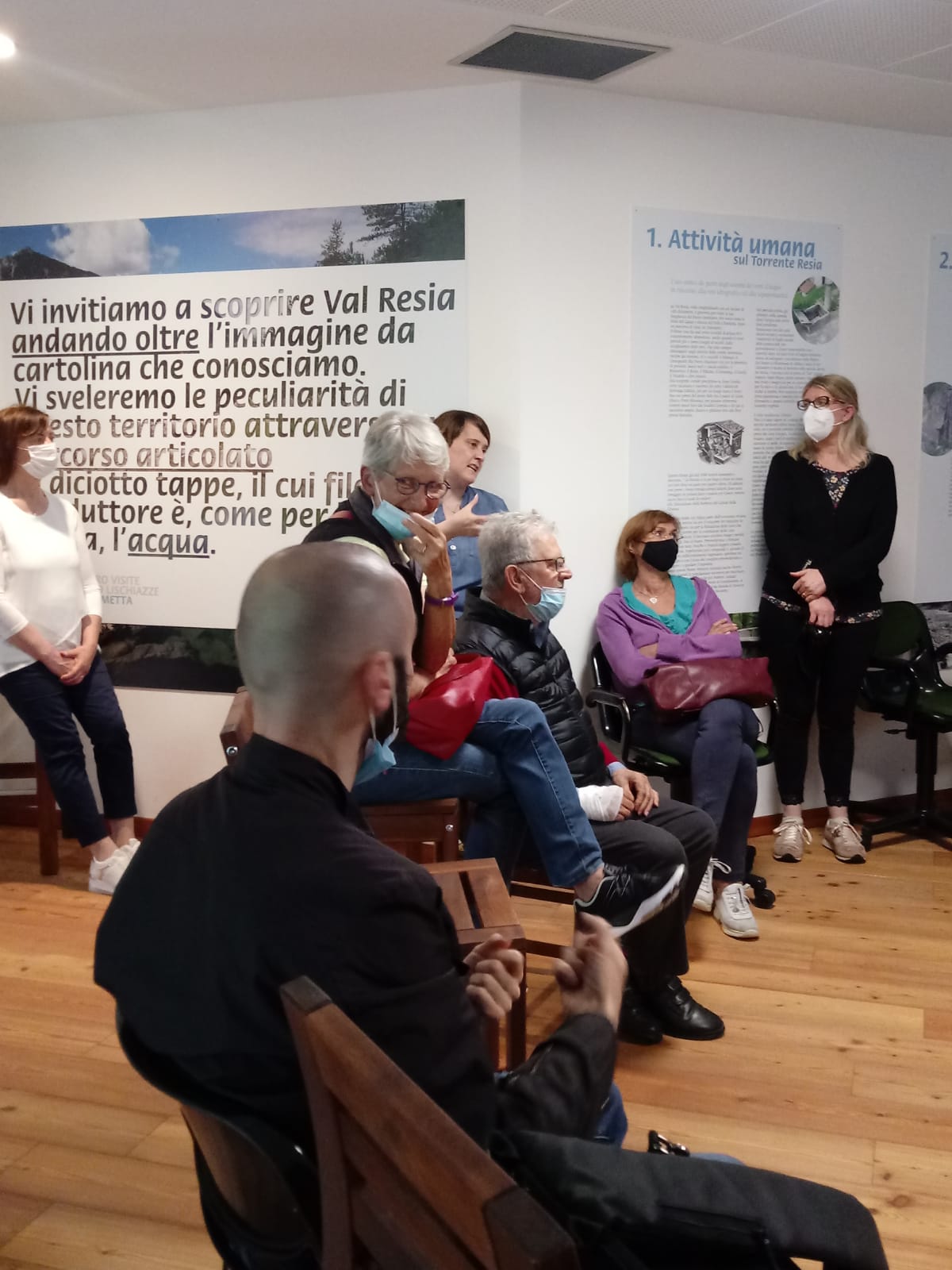 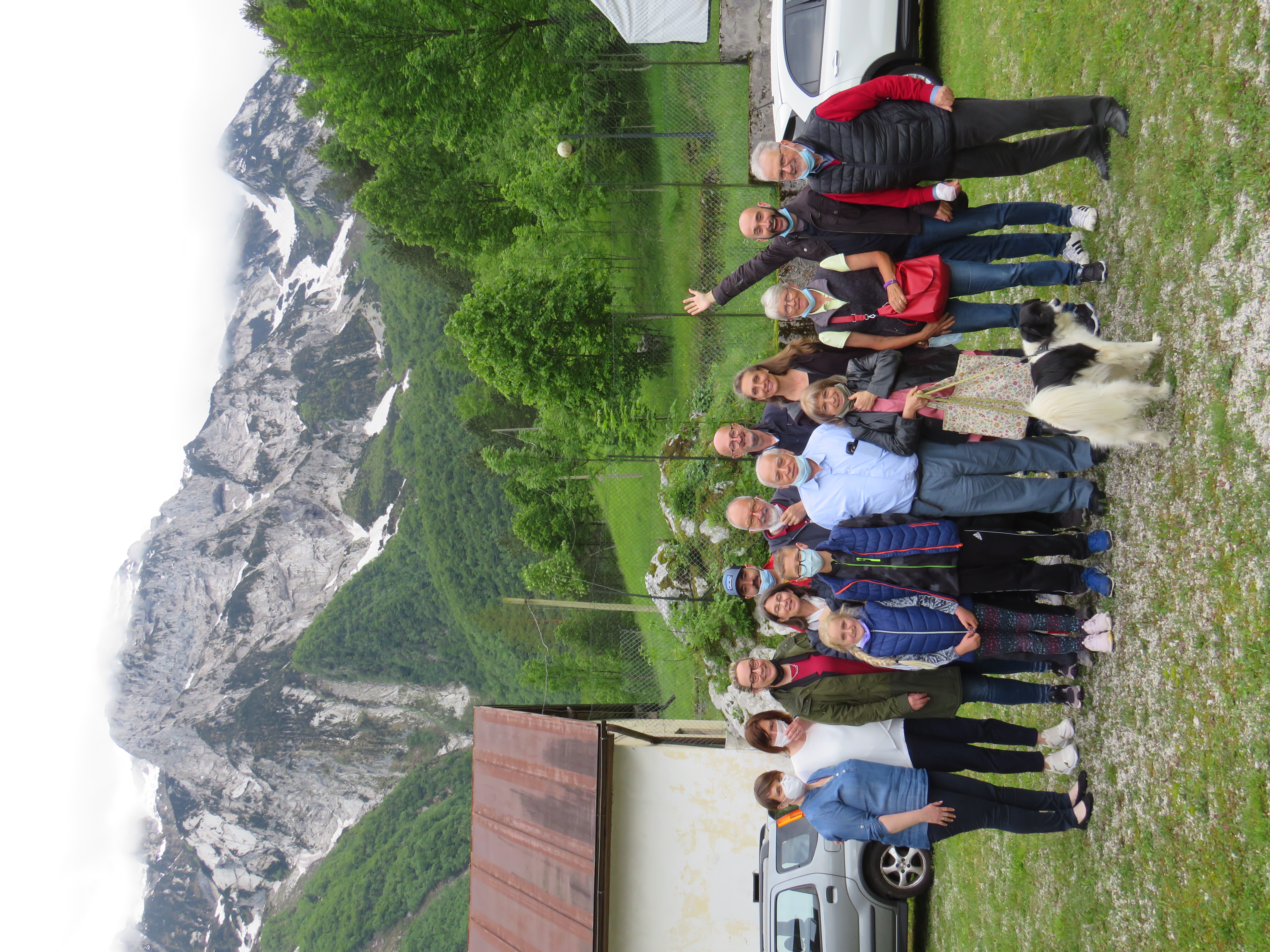