A community map for Saalfelden

From 11 to 13 June, the intensive community workshop took place at the Saalfelden pilot site, organised within the framework of the SMART project - Small Alliance Representing Territories.

The aim of the workshop was to draw a community map of Saalfelden am Steinernen Meer, in the form of a series of stories to be heard while walking around the lake Ritzen. The workshop took place at the Schloss-Ritzen museum, involving 8 participants per day, and was led by the project partner La Piccionaia, with the co-leadership of Andrea Dillinger of the Schloss-Ritzen Museum.

On the first day we started with a map of Saalfelden, on which each participant had to put a post-it note with his or her name on it and place it at a point in the area that was significant to him or her. For example, Karl identified the summit of the Breithorn, Petra the hill near his home, Johannes the Guglhupf, a hill near the museum on which historical finds have been made, Erik the Einsiedelei am Palfen hermitage.

On the second day the workshop focused on the Ritzen see lake.
Each participant tried to define his or her relationship with the lake, using post-it notes with his or her name and placing them at a point along the route, and then presenting his or her story. The participants' answers were suggestive, for example Andrea chose a viewpoint high up on the hill, from which he sees the lake as he arrives in the village. Johannes chose two benches on the high part of the path, from which one can see the whole village and from which one can check the urban development, the height of new buildings and in some way monitor the transformations of the territory. Ernst chose the place where people used to ski jump from the ski jump, where there was a ski lift before the lake was built in 1953. Tammo, who comes from Bremen and the North Sea, tells of the strange suggestion of imagining the sea while looking at the lake.

On the third and last day, participants' stories and memories were recorded. Joseph, Maria, Elizabeth, another Maria, Eileen and Laura elaborate on the relational dimension that generates the lake, saying that when you walk you greet who you meet. Eileen and Laura then provide a generationally younger point of view, confirming that the perception of community is nevertheless a transgenerational element.

At the end of the work, the collected audio recordings are then sorted to create a Silent Play route around the logo, with a musical background. The proposed route is divided into several chapters: 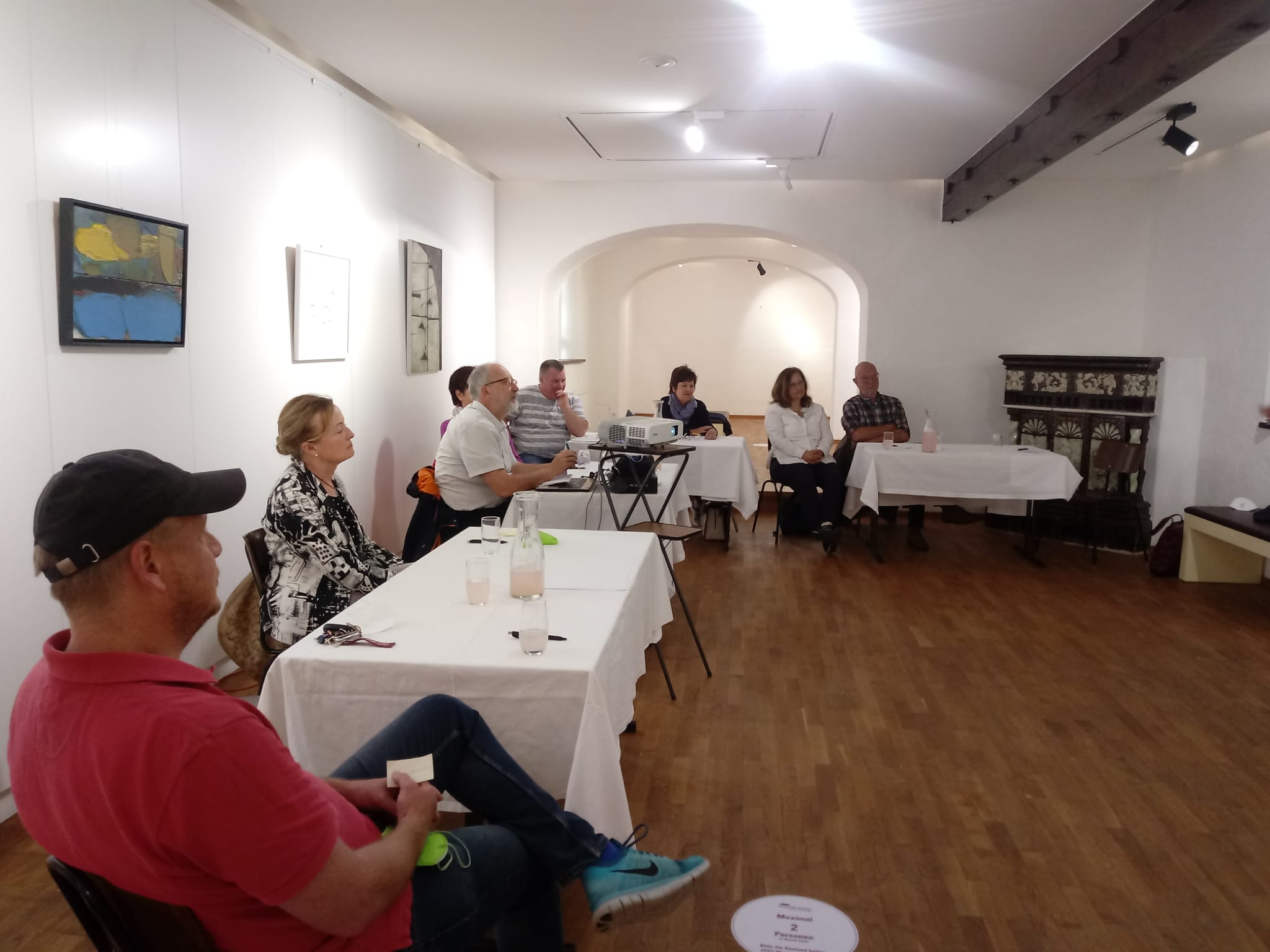 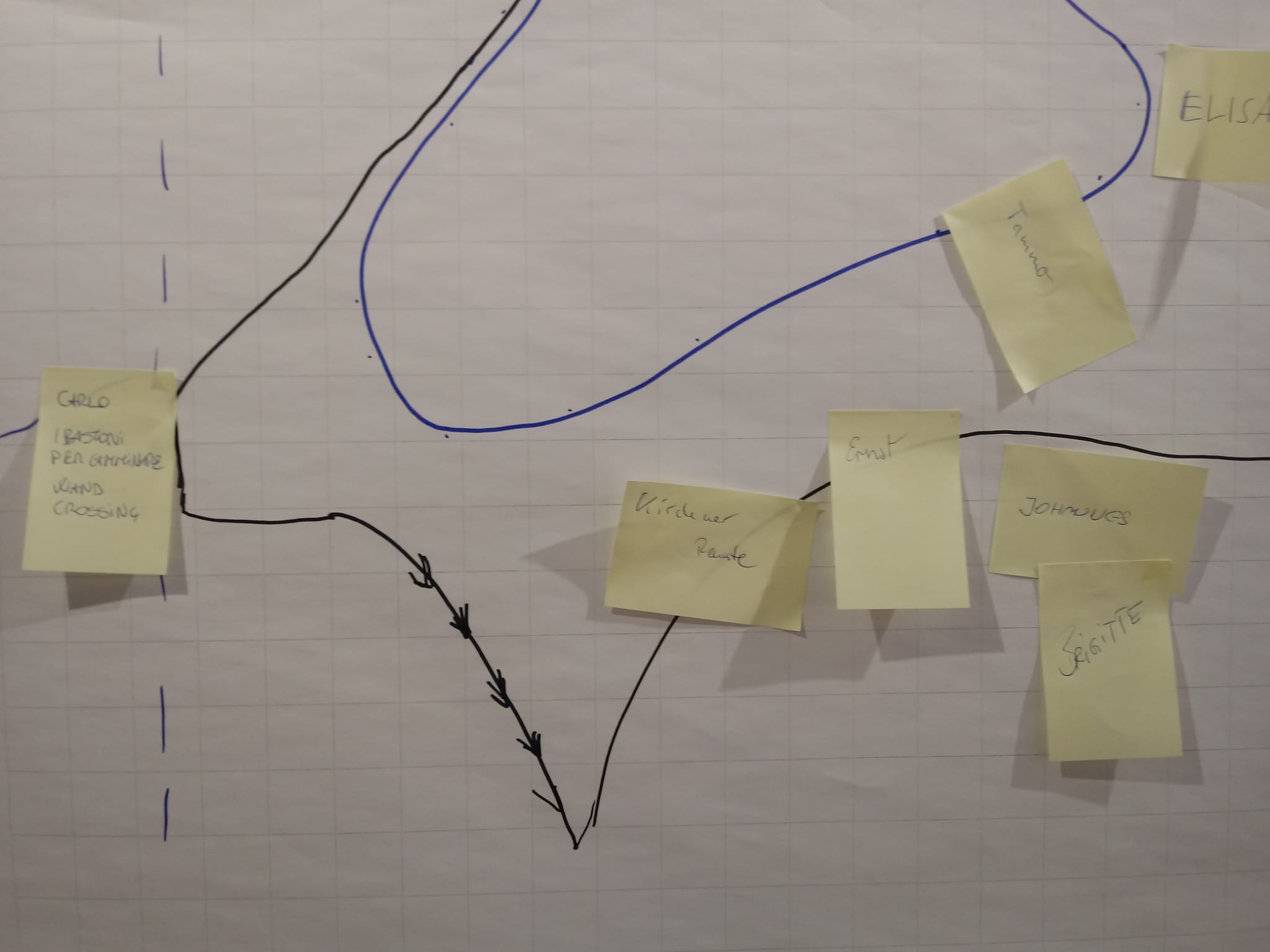 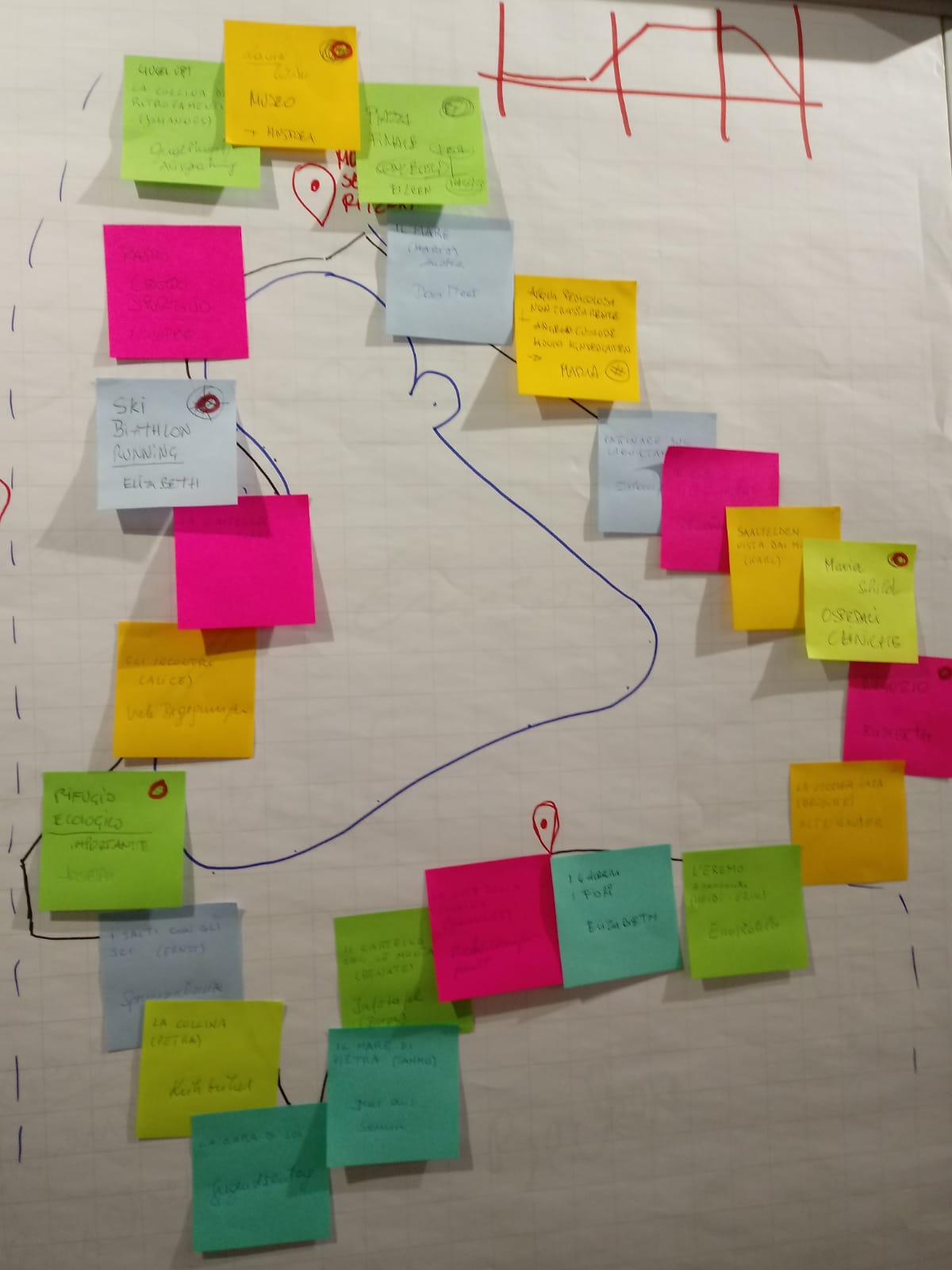 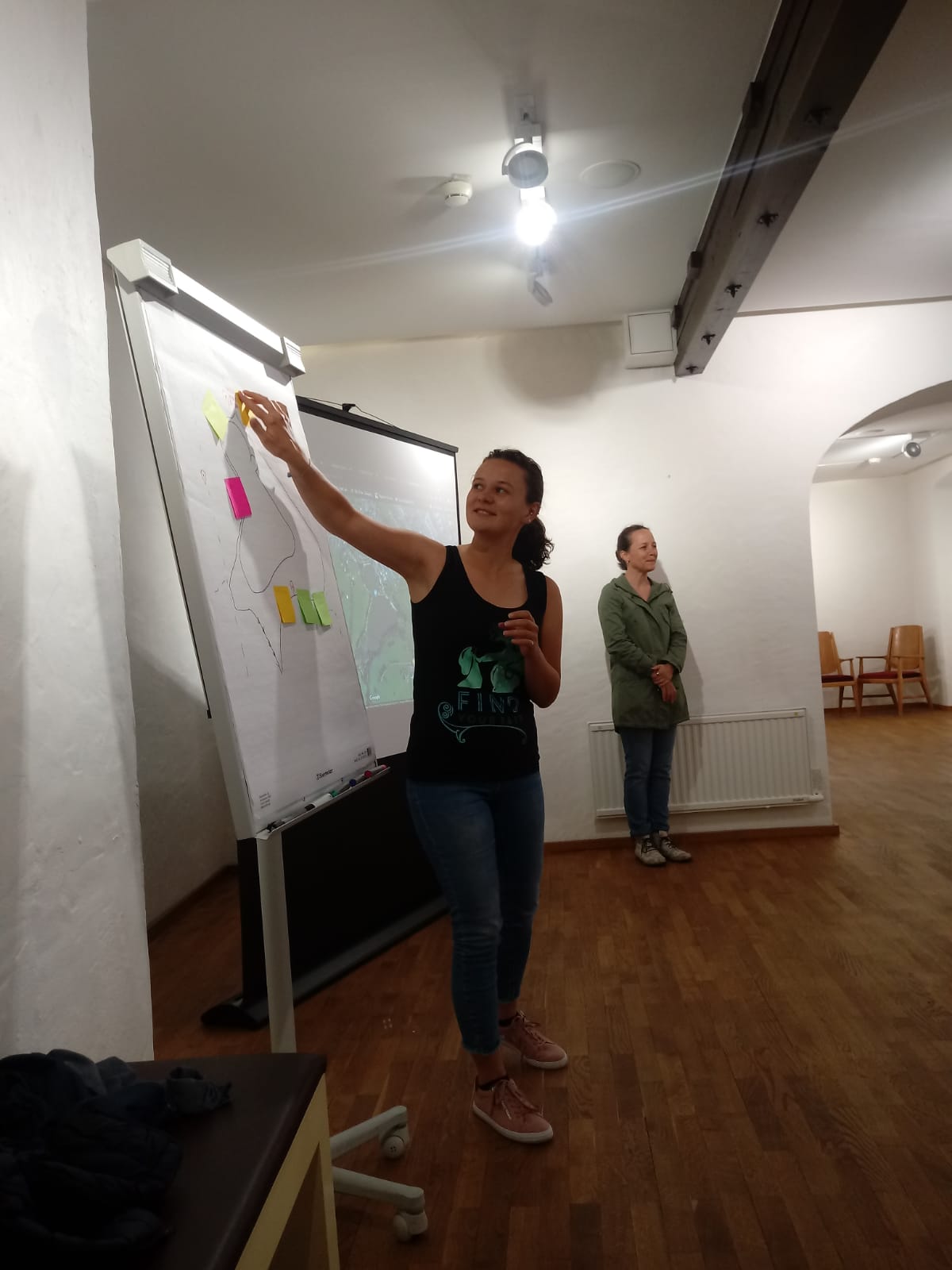 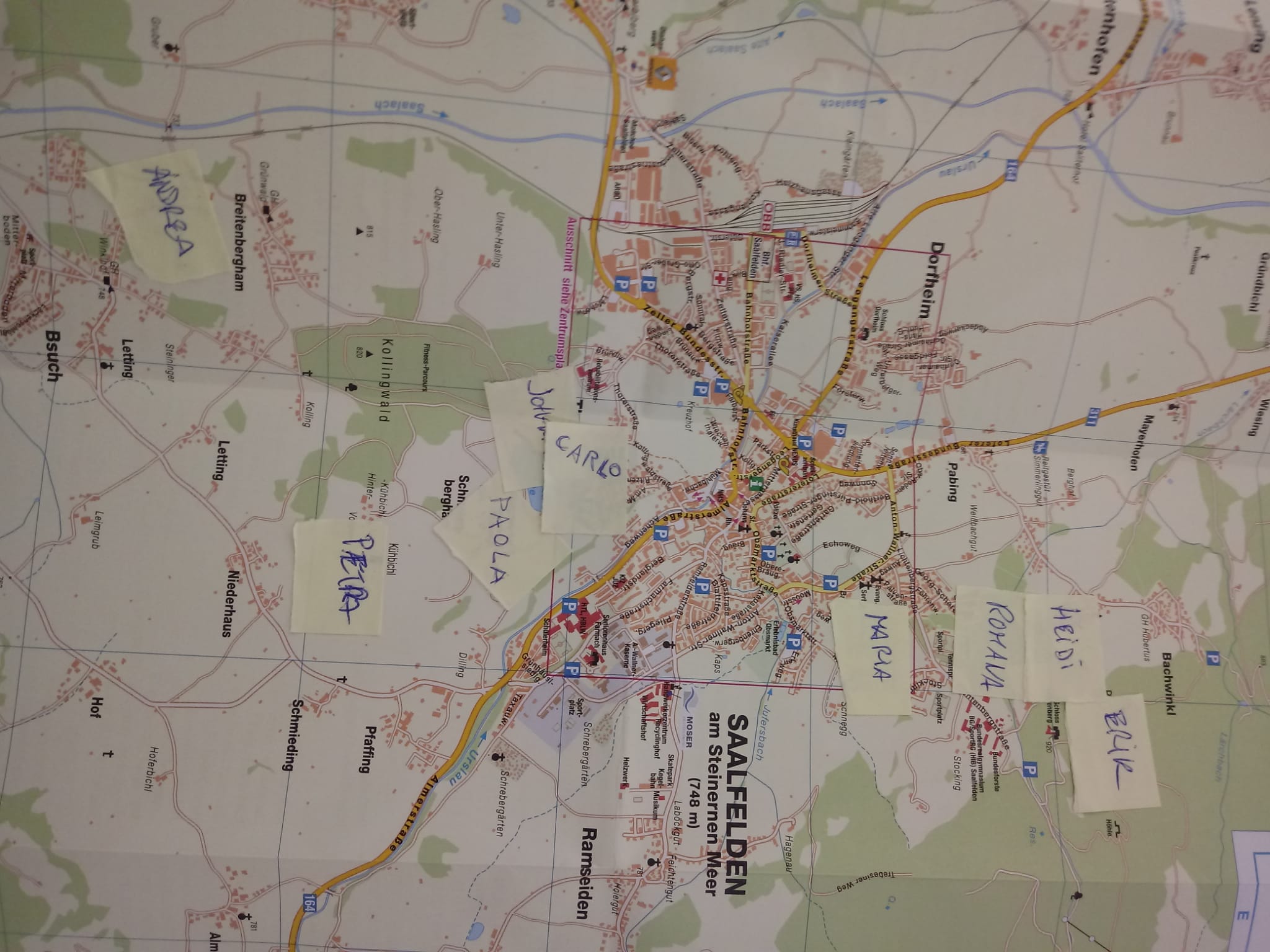